Allah will never forgive my friend 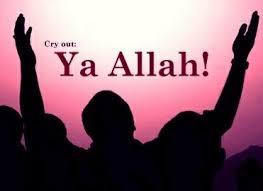 Here is the story of the man who swore that Allah will not forgive his friend:
Narrated by Abu Hurairah : I heard the Prophet of Allah say:
"There were two men among Banu Isra'il, who were striving for the same goal. One of them would commit sin and the other would strive to do his best in the world. The man who exerted himself in worship continued to see the other in sin. He would say: Refrain from it. One day he found him in sin and said to him: Refrain from it. He said: Leave me alone with my Lord. Have you been sent as a watchman over me? He said: I swear by Allah, Allah will not forgive you, nor will He admit you to Paradise. Then their souls were taken back (i.e. they both died), and they met together with the Lord of the worlds. Allah said to this man who had striven hard in worship; Had you knowledge about Me or had you power over that which I had in My hand? He said to the man who sinned: Go and enter Paradise by My mercy. He said (to angels) about the other: Take him to Hell."
Commenting on the words of this man, Abu Hurayrah said: By Him in Whose hand my soul is, he spoke a word by which this world and the next world of his were destroyed.
-- "Whoever guides [another] to a good deed will get a reward similar to the one who performs it." Prophet Mohammad (PBUH)[Sahih Muslim] Share with others
Публикувано от Igelkotten Milli